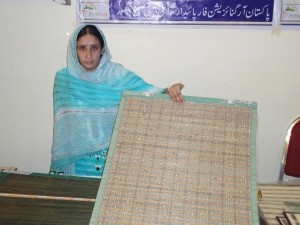 POSPaD developed partnership with Punjab Bait-ul-Maal, National Council Social Welfare & Punjab Social Services Board (PSSB) and established “Women Skills Development Center” in village Noorpur Jattan, Tehsil Chunian, District Kasur in 2007 and continued to working on skill development of the communities. This skill center is developing skills in 12 villages of UCs Jamsher Khurd & Khokhar Ashraf, Tehsil Chunian. From 2007 to present a total of 650 women & girls have been trained on stitching & embroidery. A number of trained women & girls become able to start their own income generating source through utilizing the skills. It foster the socio-economic conditions of the women & girls in the communities of Kasur. At present 25 women & girls are enrolled to get training on beautician skills.

Promotion of health & hygiene education in communities and schools 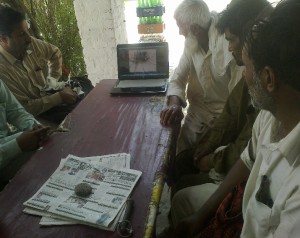 POSPaD started program on health & hygiene education with the collaboration of Public Health Engineering Department (PHED) in July 2016, an activity undertaken to improve and/or protect the health of all school users. It includes provision and activities relating to: healthy school policies, the school’s physical and social environment, the curriculum, community links and health services. Through this program, School based health & hygiene Plans (environment improvement plans) developed and implemented in 30 schools of District Kasur. The impact of the health & hygiene education is healthy young people, further health promotion assist schools to meet their targets in educational attainment and meet their social aims. Through this program schools also worksites for the staff and are settings that can practice and model effective worksite health promotion for the benefit of all staff and ultimately the students. 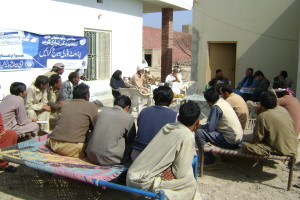 Before the Local Government Elections in 2015, POSPaD conducted a comprehensive voter education and mobilization campaign in 12 rural union councils of Tehsil Chunian of district Kasur. This initiative was based on short term duration of 3 months on the awareness raising among the communities on voter education. Through this project, awareness raising activity was conducted in 5 union councils and 42 villages of Tehsil Chunian.  The purpose of this project was to make aware the communities including women on the importance of vote casting and the right way to cast the vote. Voter education took place to assist the election administration in its task of delivering a free, fair, efficient, and cost-effective election. Voter education sensitized the electorate on the importance of participating in elections. The result of this project was that 8000 people including women received information and messages on the importance casting vote and the right process of vote casting in local government elections. Furthermore 200 youth volunteers were trained and engaged for voter education in project target communities. 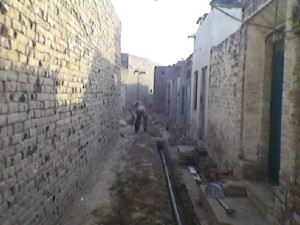 In order to resolve the problem of electricity shortage, POSPaD took an initiative with the community contribution in 2014. Through this project POSPaD installed 20 households’ solar panels as demonstration units in 20 villages of Tehsil Chunian. ‘Community solar’ refer to both ‘community-owned’ project as well as third party-owned plants whose electricity is shared by a community. The primary purpose of the community solar energy project was to allow members of the target communities the opportunity to share the benefits of solar power even if they cannot or prefer not to install solar panels on their property. Project participants benefited from the electricity generated by the community solar panels, which costs less than the price they would ordinarily pay to their utility.

POSPaD implemented 3 months (February-April 2013) project on voter education for general elections in District Kasur. Through this intervention community people were mobilized and educated on voter education. It was implemented in 50 villages of 06 union councils of Tehsil Chunian. Volunteers were trained and engaged for voter education in project target communities. As a result 5000 voters were educated and mobilized to use their right to cast vote.

POSPaD implemented project duration of 6 months from May 2011 to October 2011 with the collaboration of Trust for Voluntary Organizations (TVO) in District Kasur (Village Noorpur Jattan UC Jamsher Khurd, Tehsil Chunian). The project included provision of potable water to people in over 75 homes, installation of more than 3600 feet water supply pipeline for extending water access, as well as 50 communal taps. Other post-intervention achievements include: improved hygiene practices such as hand washing, as well as latrine usage at the household level; village to village dialogue for the purpose of reducing water dispute issues; and, water and sanitation awareness. The project have had positive impact on health, education (improved school attendance), economic development (reduced time burden on women collecting water to instead engage in recreational/income generating activities), and gender empowerment (women are given a central role in all projects to raise awareness with regards to health and hygiene practices). The intervention also promoted behavioral change, reduced burdens on income resulting from expenditures on health, and reduced burdens on women and children of collecting water from distant sources. 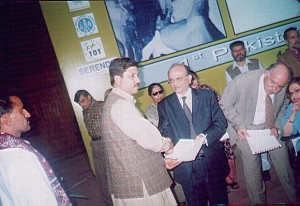 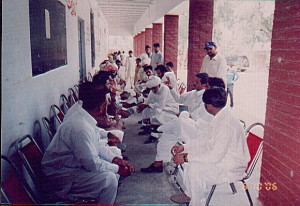 POSPaD organized village level awareness campaign with the support of Canadian International Development Agency (CIDA) under CIDA Devolution Support Project. The purpose of this campaign was to aware women and men about local government system. Along with this, awareness Melas were also organized in 35 villages of 6 union councils of Tehsil Chunian, District Kasur; 3500 people (including 900 women) participated.

POSPaD implemented Capacity Building of Citizens Community Boards (CCBs) in district Kasur from January 2007 to April 2008. The key focus of this project was on using communication to ensure the full participation of Pakistani women in the political process. The main objectives were to enhance awareness on the part of women and men about roles and responsibilities of LGs, to educate people about the role of Citizen Community Boards (CCBs) in devolution at the grassroots level, and to mobilize groups of women and men to form CCBs for the development of their respective areas. Groups from the general community, teachers, and CCBs were the main participants; in addition, councilors, nazims, naib nazims, and secretaries from the concerned union council took part.  As an immediate follow-up of these campaigns, mobilization visits were conducted in the 35 villages to mobilize and motivate community members to form CCBs (especially those of women separately and jointly with men in each village); a total of 42 CCBs established. A total 126 members of CCBs on participatory development planning and project development were trained.

POSPaD took an initiative to provide emergency relief to earthquake affected families in Muzaffarabad from November-December 2005 with its own sources and community contribution. Through this distribution of food items, medical services and rescue operation was made. POSPaD helped the 400 affected families by providing food, 800 people served through health services.

POSPaD implemented a project on “Project on promoting Biogas as alternative energy source in rural communities of district Kasur” from August-December 2004 with the financial assistance of Pakistan Council of Renewable Energy Technologies (PCRET). The purpose was to increase access to modern energy services in rural areas. Through this project 20 household biogas units were installed and 25 masons trained on construction of low cost bio-gas units. This approach improved the access to energy for rural and poor people by revising energy pricing and by making the first costs of the transition to modern and more sustainable uses of energy more affordable.

Project on capacity building of women candidates for local government elections implemented from June-August 2005 with the collaboration of Aurat Foundation. This was a project mandated to strengthen the Election Commission of Pakistan by increasing its capacity to deliver its Strategic Plan, strengthen electoral laws and procedures and improve the engagement of citizens, particularly women and youth in electoral processes. The ultimate outcome of this project was 290 women candidates trained. 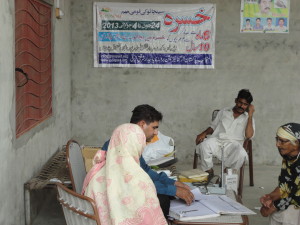 POSPaD carried out a project on Mother & Child Health care Center from February 2004 to June 2007 with the support of National Council Social Welfare and POSPaD’s own resources.   The purpose of this project was to provide maternal and child health care to the community women of District Kasur. It was focused on to improve the quality and safety, equity, effectiveness, and outcomes of healthcare for women and children. Through this center more than 8000 mothers and children received maternal and child healthcare services.